Breitbard Stars of the Month, December, 2005 - Sbobet
Skip to content 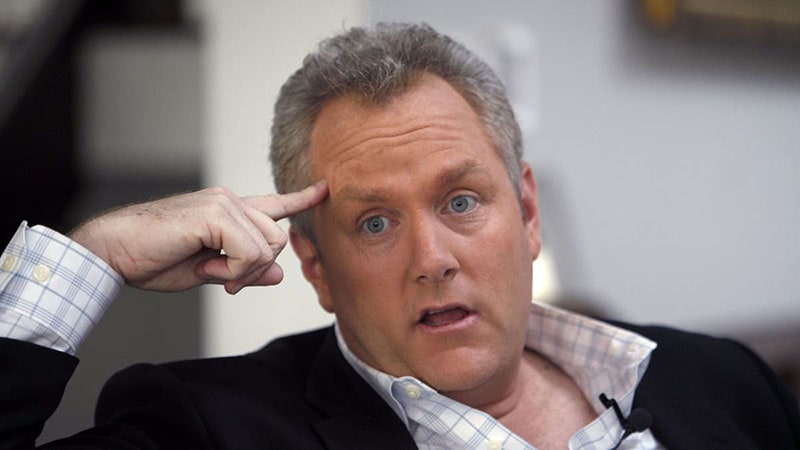 Three Chargers Pro Bowlers and an Oakland Raiders rookie from San Diego State are the Professional Stars of the Month for December. The Amateur Stars include the Ray Guy Award winner, a freshman All-American kicker, the WCC women’s volleyball Defensive Player of the Year, a junior college All-American running back, one of San Diego State’s all-time leading receivers and USD’s leading scorer throughout a 10-3 start in men’s basketball. High school Stars of the Month feature a national champion in cross country, two players who led their teams to state girls volleyball titles, a linebacker that led Oceanside High to a second straight CIF Division II title and Breitbard All-CIF Players of the Year in football and girls volleyball. The Stars of the Month will be honored at the 60th annual Salute to Champions Dinner on Feb. 28, 2006 at the Town and Country Resort.

HANIK MILLIGAN (Football, Chargers) – The NFL rightly reserves a spot on its Pro Bowl rosters for a special teams player, and the Chargers’ third-year backup safety from Houston earned that special AFC Pro Bowl selection for the 2005 season. It is the first Pro Bowl berth for the 6-foot-3, 200-pounder. He plays on all the special teams units and led the Chargers in special teams tackles.

KIRK MORRISON (Football, Oakland Raiders/San Diego State) – The two-time All-American at San Diego State finished led the Oakland Raiders in tackles in his rookie year with his hometown team. The 6-foot-1, 240-pounder, a third-round draft pick, finished the year with 116 tackles to rank 18th in the NFL. He had 91 solo stops and 25 assists. His month included leading the Raiders in tackles against the Chargers with 12 in a homecoming game on Dec. 4 at Qualcomm Stadium.

LORENZO NEAL (Football, Chargers) – The 13th-year fullback earned his second Pro Bowl berth as he extended his streak of clearing a path for a 1,000-yard rusher to nine straight years. Neal was a Pro Bowler in 2002 and a first alternate in both the 2003 and 2004 seasons. The 5-foot-11, 245-pounder credits his boxing workouts with former Junior IBF Middlweight world champion Paul Vaden for extending his career. Neal has cleared the way for 1,000-yard seasons the last three years for LaDainian Tomlinson since signing with the Chargers in 2003. Previously he blocked for 1,000-yard rushers Corey Dillon in Cincinnati, Eddie George in Tennessee, Warrick Dunn in Tampa Bay and Adrian Murrell with the New York Jets.

JAMAL WILLIAMS (Football, Chargers) – The anchor to the Chargers’ defense has enjoyed his two best seasons since the team switched from a 4-3 scheme to a 3-4 alignment in 2004. Williams earned his first Pro Bowl berth in 2005 as opponents devised a game plan against the Chargers that included double- and triple-teaming the 6-foot-3, 350-pound nose tackle. His tackles and sacks are down from previous seasons as a result of the blocking attention he draws, but he consistently pushed back the point of attack and opened a path to the ball for teammates with pressure from the middle.

JACKIE BERNARDIN (Women’s volleyball, USD) – The Toreros’ senior was named the West Coast Conference Defensive Player of the Year for the third straight season. USD advanced to the second round of the NCAA Tournament, defeating Long Beach State before losing to UCLA. Bernardin, also a first-team pick on the All-WCC team, is only the second USD player to earn the defensive honor. She was co-Defensive Player of the Year in 2003 but has earned the honor outright in 2004 and 2005. The 5-foot-6 Bernardin originally attended national power Texas out of Bakersfield Centennial before transferring to USD in 2003.

JORDAN CONGDON (Football, Nebraska/St. Augustine High) – The Cornhuskers’ freshman kicker was named to freshman All-American teams selected by ESPN.com, Rivals.com and Football Writers Association of America. The 5-11, 180-pounder, a high school All-American at St. Augustine in 2004, also was named second-team All-Big 12. He tied the Nebraska record for most field goals in a season with 19 and ranked first in the nation among freshman kickers in field goal accuracy with .826. His season included kicking the game-winning field goal against Kansas State with 1:05 remaining. The Cornhuskers became bowl eligible with the win, improving to 6-4, and later upset Colorado in the regular-season finale and Michigan in the Alamo Bowl for an 8-4 record. He was 3-for-3 on extra points and booted a 20-yard field goal in the 32-28 Alamo Bowl victory.

DERRELL HUTSONA (Football, Grossmont College/Helix High) – The running back/return man led Grossmont College to the California Community College state title and the mythical national title as declared by JC Gridwire. He was named the Offensive MVP of the state championship game and earned All-American honors. Grossmont defeated City College of San Francisco 41-38 in the state title game on Dec. 10 at Fresno. The JC Athletic Bureau named Hutsona the national Co-Offensive Player of the Year. He started his career at San Jose State before he returned home. At Grossmont, he led the state in all-purpose yards with an average of 191.7 per game. He rushed 177 times for 1,291 yards (7.3 average) and 13 touchdowns. He also finished with 2,492 all-purpose yards and 17 touchdowns. He returned two punts and one kickoff for touchdowns while catching nine passes for one touchdown. Hutsona has two years eligibility remaining at a four-year school.

NICK LEWIS (Men’s basketball, USD) – The 6-foot-10 senior forward from Paradise Valley, Ariz., was named the West Coast Conference Player of the week for Dec. 19-25 as the Toreros closed the month strongly with wins over Loyola-Chicago and New Mexico. Lewis hit 17-of-25 shots (68 percent) in the two games when he scored 21 points against Loyola-Chicago and 22 against New Mexico. He also matched his career high with 29 points in a win Dec. 10 over Fresno State when the was named the Most Valuable Player of the first game of the San Diego Slam played at San Diego State’s Cox Arena. Lewis leads the Toreros in scoring at 19.5 points a game. USD won 8 of its last 9 games and 6 of 7 in December to finish the month with a 9-3 record.

RYAN PLACKEMEIER (Football, Wake Forest/Fallbrook High) – The senior punter won the Ray Guy Award as the nation’s outstanding college punter. He was presented with his award on Dec. 8 at the ESPN/Home Depot College Football Awards in Augusta, Ga. The Fallbrook High alumnus earned All-American honors as a senior and was a three-time All-Atlantic Coast Conference choice. Plackemeier is the NCAA’s all-time leading career punter with an average of 45.26 yards per punt (for players with over 200 punts). He led the nation as a senior in 2005 with an average of 47.2 that broke his own school record of 45.6 set in 2003. Of his 67 punts as a senior, 20 were inside the 20-yard line nearly half weren’t returned.

JEFF WEBB (Football, SDSU) – The senior wide receiver finished the season ranked first in the Mountain West Conference and third in the nation in receptions and second in the MWC and 22nd in the nation in receiving yards. Webb caught 13 passes for 142 yards and two touchdowns in the Aztecs’ season-ending loss on Dec. 3 at Hawaii. He caught a pass in his final 33 games and finished his senior year with 92 catches for 1,109 yards and 10 touchdowns. On SDSU’s career list, Webb ranks second with 234 receptions to J.R. Tolver’s record of 262. His 2,890 yards rank fourth, trailing only Tolver, Darnay Scott and Will Blackwell. Webb was drafted on April 30 in the sixth round by the Kansas City Chiefs.

A.J. ACOSTA (Boys cross country, El Camino High) – The Wildcats senior is the second San Diegan to win the Footlocker National Cross Country Championship. He won the 27th annual edition of high school sports’ only true national championship on Dec. 10 with a time of 15 minutes, 01 second on the 3.1-mile course at Morley Field in Balboa Park. Acosta, ninth at the race as a junior, controlled the race with a fast start and strong finish. Earlier this season Acosta won the Footlocker West Regional on Dec. 3. He also won the CIF State Division I title as well as the San Diego Section Division I title. His only loss of the year was at the Mt. SAC Invitational in October. He also was the Breitbard All-CIF team Athlete of the Year.

TRAVIS GOETHEL (Football, Vista High) — The senior joined former Vista linebackers such as Russell Allen and Pisa Tinoisamoa as the CIF Defensive Player of the Year on the Breitbard All-CIF team. Defense was Vista’s strength as the 9-3-1 Panthers advanced to the CIF Division I semifinals before losing to Torrey Pines. The 6-3, 226-pounder led Vista with five interceptions and returned two of them for touchdowns.

CASSIDY LICHTMAN (Girls volleyball, Francis Parker) – The junior outside hitter led the Lancers to their second straight CIF State Division IV title with a win over Berkeley St. Mary’s in the state final. Lichtman was named the tournament MVP and had 19 kills in the final. She also was a first-team choice on the Breitbard All-CIF team. Parker, which earlier won the San Diego Section Division IV title, finished with a 32-4 record.

CARLI LLOYD (Girls volleyball, Fallbrook High) – The Warriors’ junior setter was named the Player of the Year on the Breitbard All-CIF team for her all-around skills. Lloyd led Fallbrook to the CIF Division I semifinals, with the Warriors were eliminated by Torrey Pines.

JUSTIN NONU (Football, Oceanside High) – The senior linebacker led the Pirates to a second straight CIF Division II title as Oceanside defeated El Cajon Valley in the final. Nonu and the Pirates’ defense limited El Cajon quarterback Abraham Muheize to minus-6 yards rushing in the championship game. The 6-foot-2, 240-pounder was named a first-team All-CIF choice on the Breitbard team.

ALANNA RESCH (Girls volleyball, Santa Fe Christian) – The Arizona-bound outside hitter led the Eagles to a second CIF State Division V title in three years as she recorded 21 kills in the championship match. Her 21 kills came in a three-game sweep as she established a Division V record with a hitting percentage of .708. Earlier the 5-foot-9 Resch led her team to a fourth straight San Diego Section Division V crown.