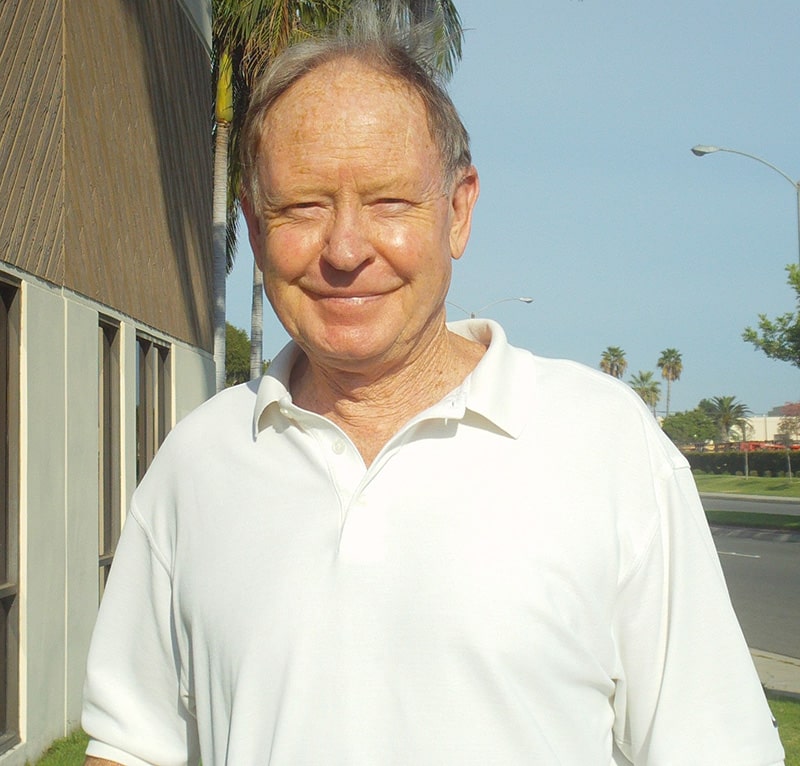 It didn’t happen, but it could have.

Bob Larsen could have sat down after being hired to coach cross country and track at Monte Vista High in 1964 and produced a check-list of his goals.

The 1959 graduate of Hoover High has achieved at the same high level throughout his career, starting way back at what was then a Monte Vista High program that had no history of success to just this last year when he guided Meb Keflezighi to a New York City Marathon title.

“I knew right from the start I was only going to stay at Monte Vista for four years and get my Master’s Degree,” said Larsen, 70. “I had been a graduate assistant at San Diego State and had a chance to coach at the college level, but I always respected those coaches who started at high school.”

His first year, Larsen’s Monte Vista team won the section small school title. The next three years he moved up to the large school division to take on the big guys and won there too.

True to his word, after four years he took the cross country and track program at Grossmont College and built an even more dominant dynasty, capturing seven straight state titles.

In 1976 a group of his former Griffin runners convinced him to put together an all-star team from the San Diego area and enter the National AAU Championships.

The Jamul Toads (Terry Cotton, Kirk Pfeffer, Ed Mendoza, Dave Harper, Tom Lux, Thom Hunt and Dale Fleet), composed entirely of San Diego runners, most of whom competed for Larsen as some point in their careers, pulled the surprise by winning the national title.

But Larsen really enjoyed taking athletes who were not stars and developing them, so when UCLA came courting in 1978, he took the next step up the ladder, eventually producing NCAA championship track teams in 1987 and 1988 before retiring after 21 years.

Larsen was stepping down from the daily grind at UCLA, where he won nine Pac-10 titles, but not from coaching as he continued to train world-class runners, helping establish a high-altitude base in Mammoth for which he was named the 2004 Olympic distance coach.

The purpose was to give American runners a chance to train year-round at altitude in a setting that was conducive to producing world-class performances.

Quality runners and an equally quality coach resulted in the first U.S. Olympic marathon medals in almost a quarter century in 2004 when Deena Kastor stunned a quality field in Athens with a bronze medal for third and then the shocker—San Diego’s Meb Keflezighi earned the silver medal.
Larsen certainly knew Keflezighi’s potential since in 1994 he recruited him out of San Diego High to run at UCLA.

Suddenly, everyone outside of southern California wanted to know about this quiet, unassuming coach.

“I never thought that cheerleaders made the best coaches,” said Larsen, fully aware that especially at the high school level many coaches run as far if not farther than their runners during cross country races, going from place to place to give encouragement. “I respected coaches who were under control . . . a coach should not add anxiety to athletes who were already keyed up.”

Instead, Larsen made sure his athletes were ready to roll before meet day, then turned them loose.

“I always respected coaches who could work with different athletes,” said Larsen. “In high school, for example, you don’t get to pick your athletes. The idea is to get the best out of each athlete. In track there are distance runners, sprinters, jumpers, throwers—hey, even pole vaulters—so you match the athlete’s talent and personality with the event.”

As Larsen looks back on his coaching career and philosophy, he smiles.

“I was probably a little heavy-handed (compared to the way he is now) at first,” says Larsen, who splits his time living in the Los Angeles and Mammoth areas. “You get so excited that you try to do too much at first. You’ve got to know who you’re dealing with. But every athlete needs a challenge, you need to get their attention and in some cases, change their habits.”

And you need to know that when even one of your favorites is at a crossroads, you give them a chance to make their own decision.

Unlike unscrupulous prize fighting managers who really care little about their boxers, Larsen was aware of his runners’ problems so when Keflezighi suffered a hip fracture and then finished eighth in the Olympic Trial 10,000-meters in 2008, he knew Meb was considering limping away from the sport.

One of Larsen’s deeply-engrained philosophies is that athletes must know their own limits and if they could fight through injuries and disappointments, they’d be better for it. But only the athlete could truly know.

“It was a dark time,” admitted Keflezighi. “Coach Larsen said, ‘Meb, it’s always an honor to coach you.’ I took that as an OK to quit if that’s what I wanted. But I prayed and I thought of when I was at UCLA and we’d say ‘fight, fight, fight.’ I couldn’t quit.”

Once again, Larsen knew his athlete’s strengths and how to get the most out of him as Keflezighi recovered and continues to have a promising career.