In 1944, he became the second San Diegan to win the prestigous World Star Class Championship.

He won consecutive Lipton Cups in 1959-1960 and the Congressional Cup in 1966-1967, sailing undefeated in eighteen two-boat match races.

In 1968 he organized the first West Coast challenge for the America’s Cup and skippered “Columbia”.

In 1974, at the helm of “Intrepid”, he narrowly missed winning the right to defend the Cup when an equipment failure cost him the final trials race.

Selected San Diego Yachtsman of the Year in 1966 and 1974, he earned international acclaim as a builder of fine yachts.

Tue Apr 7 , 2020
Inducted in 1956. Maureen Connolly Brinker, nicknamed “Little Mo” because her unerring back court artillery rivaled that of the battleship Missouri (”Big Mo”), was the first woman to win the Grand Slam of tennis, sweeping the Australian, French, Wimbledon, and U.S. Singles titles in 1953. That year she won ten […] 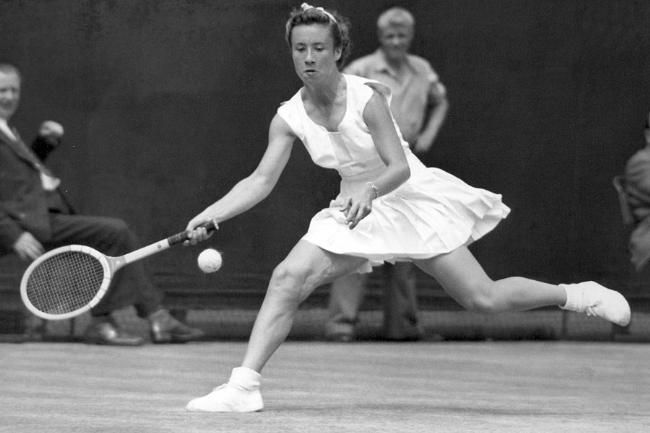