San Diego, CA – July 24, 2014 – The Greater San Diego City Tennis Council (GSDCTC) proudly announces the upcoming renovation of the six tennis court complex at Colina Del Sol Community Park. The courts will be repaired and then resurfaced in two toned US Open blue and green colors. The courts will be lined for USTA “10 and under tennis” to enhance the enjoyment and development for younger children. The renovation is expected to be completed by the end of August.

Roughly one hundred youth came out to participate in an inspiring, fun and informative celebration of tennis. Wayne Bryan, who is a charismatic world-class tennis coach and ambassador, shared many personal experiences and advice on how to excel at the game of tennis. Free tennis related prizes were given to attending youth. Numerous local teaching tennis professionals generously volunteered their time and assisted with the tennis clinic.

Mike & Bob Bryan, the World #1 Ranked Men’s Doubles Team and US Davis Cup Team stalwarts, spoke with participants and generously provided autographs and posed for photographs. Moreover, the Bryan brothers got on the tennis court for a fun hit with an enthusiastic group of youth tennis players.

The Colina Del Sol courts will be professionally renovated and resurfaced by Ferandell Tennis Courts. We would like to thank the following contributors for making this Davis Cup Legacy Project possible: 2014 Davis Cup Organizing Committee, GSDCTC, San Diego Aviators, San Diego District Tennis Association, Southern California Tennis Association, Jack McGrory and Joan Ganz Cooney (in memory of her brother Paul Ganz). Bill Kellogg stated, “Davis Cup is one of the greatest traditional tennis competitions in the world. Being able to host the tie between the United States and Great Britain at Petco Park in February of 2014 was a very special opportunity for San Diego. Each tie held in the United States strives to leave a legacy behind that will spur tennis development in the community and remind people of the tie. Colina Del Sol is the chosen legacy for this tie and will add a new shine to a wonderful community park.”

Jack McGrory stated, “It is great to see so many organizations come together to support this initiative. Tennis programs have also increased recently at this site through partnerships with the San Diego District Tennis Association and Youth Tennis San Diego. This facility is now more strongly positioned to enhance the quality of life of this community.”

Ben Press & David Gill jointly stated, “The GSDCTC is very pleased to have been able to participate in and orchestrate this very exciting community development program. Once completed, this upgraded facility will benefit hundreds of children, families and other community members.”

The Greater San Diego City Tennis Council is a 501c(3) charitable organization whose mission is to repair and resurface public tennis courts within San Diego County, with over 170 courts completed and counting. We rely on the generosity of private donors, foundations, corporations and other entities to support our endeavors. 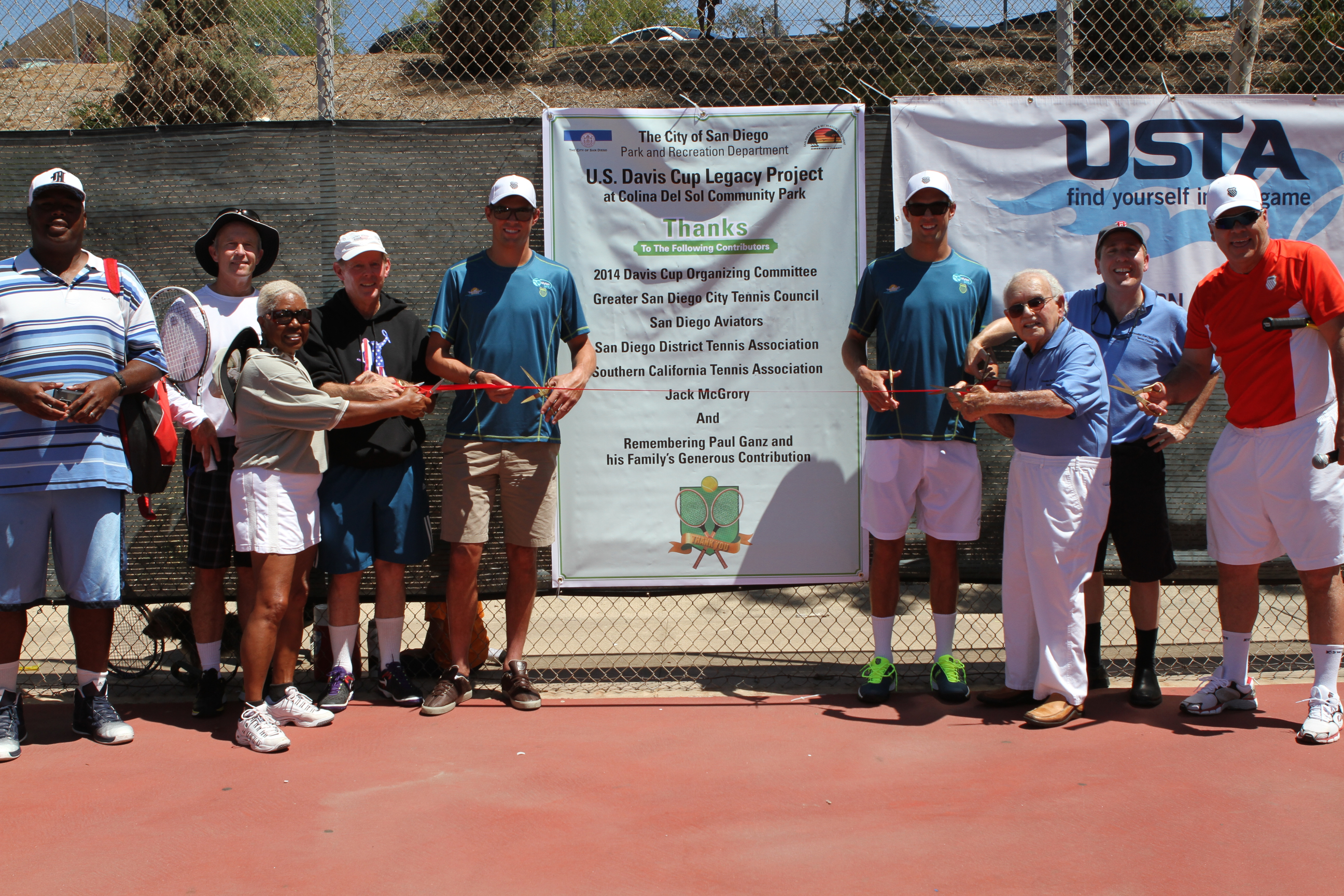 Tue Apr 7 , 2020
HALL OF CHAMPIONS LAUNCH SAILING EXHIBIT Sailing has long been a popular pastime and sport enjoyed by San Diegans. Blessed with a natural harbor, Pacific Ocean, Mission Bay and an exceptional climate, San Diego is the perfect playground for the sport. San Diegans have raised the sport to its highest […]