If there were any doubts remaining about quarterback Philip Rivers’ ability to lead, surely those were dashed during 2009, especially over the final 10 games of the year.

The 6-foot-5 Rivers rallied a team that started 2-3 and appeared to be on the edge of falling out of contention even before they really got started and by guiding the Chargers to 10 straight wins, wrapped up the AFC West title early, securing a first round bye and a home game in the AFC Divisional Round.

Rivers finally started to get some attention as a possible league MVP after posting gaudy numbers for 2009 like completing better than 65 percent of his passes (308-of-471) for 4,155 yards.

Before the year was out, Rivers was selected the MVP of his team and he said that was very special.

“It’s hard to say who really is the MVP on this team,” said Rivers. “There are a lot of guys on this team who are worthy. The fact it’s your own teammates who select you makes it quite an honor.”

Wed Apr 8 , 2020
As San Diego Hall of Champions Acting Executive Director Drew Moser stepped to the microphone to start the annual “Signing Party” Wednesday, Nov. 11, he surveyed the crowd and announced, “congratulations, you are all part of an attendance record. We broke the old record by 7:30 this morning.” Since it […] 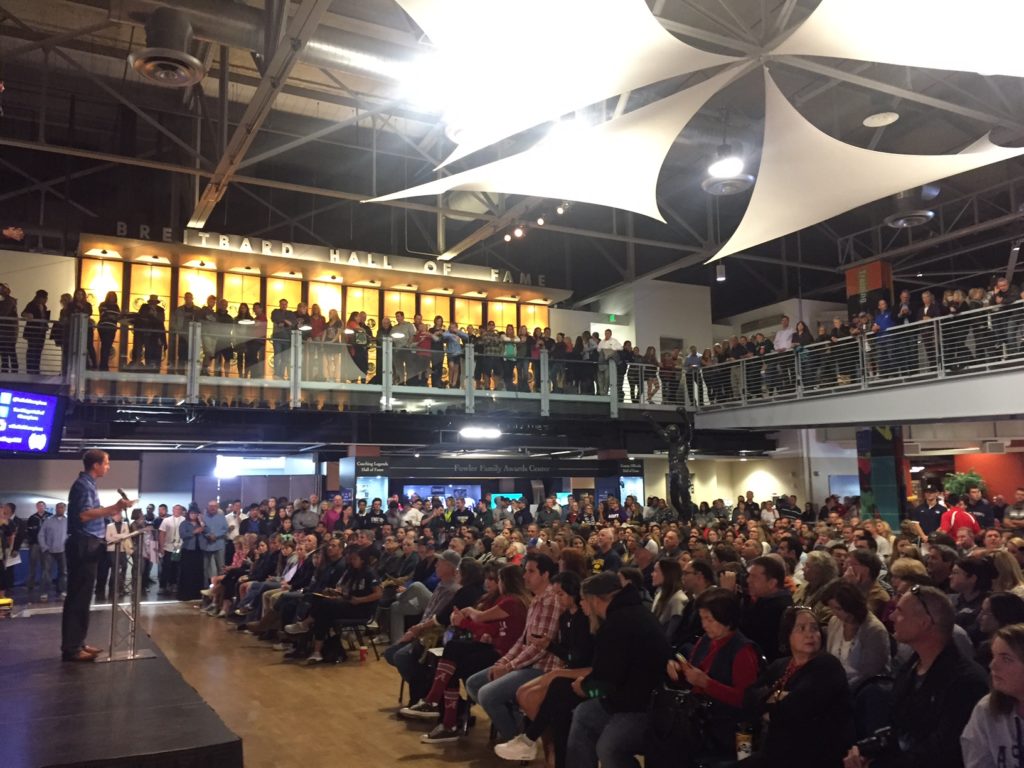