READY TO PARTY? NATIONAL LETTER OF INTENT SIGNING DAY AT THE HALL - Sbobet
Skip to content

Student-athletes who sign their National Letters of Intent to commit to scholarship offers from universities near and far have come to consider making their announcement at the San Diego Hall of Champions a special event, a celebration, a holiday.

This year the early signing day actually is a holiday, coming on Veteran’s Day, Nov. 11th.

That’s the first day student-athletes in every sport but football, boys and girls soccer and boys’ water polo (those sports sign on Feb. 3) can affix their names to officially commit to the university of their choice. It’s never clear who is more excited, the students or their parents who are equally energized.

Either way, this year’s Signing Party at the San Diego Hall of Champions in Balboa Park figures to be even more up-beat than in year’s past as the student-athletes will be able to celebrate and not have to rush back to their high schools after signing their letters of intent.

Doors will open at 7 a.m. and the event will begin at 8 a.m. There is no charge and family, friends, teammates, teachers and those who want to be the first to know about some of San Diego’s top high school standouts are encouraged to join in the fun.

Student-athletes who will be making their announcement are asked to arrive before 7:30 a.m. to sign in. They are also encouraged to wear apparel from the college they will be attending.

Tue Apr 7 , 2020
Happy Holidays from the Hall!  Welcome to the latest issue of the Hall of Champions Newsletter, Volume 2. 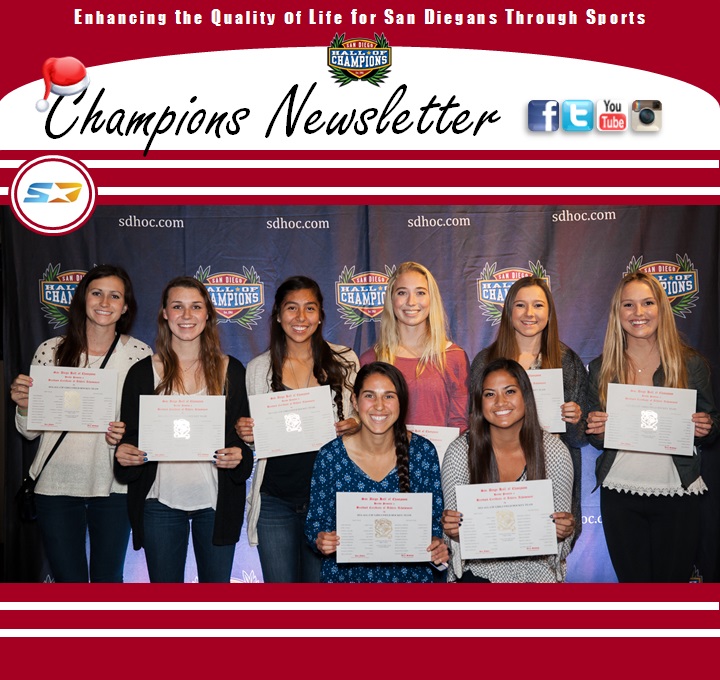